It is with great sadness, I inform you that our greatly cherished and hugely loved Sr Hilary has gone to her eternal reward.

Sr Hilary IS St Paul’s and one of our founding matriarchs, having been at Vernon Rd for 63 years. She has dedicated her whole life in service of our school and we are profoundly blessed to known such a truly remarkable, greatly gifted and authentic woman of faith. How our lives have been enriched to know Sr Hilary: holy yet, non-pious; deeply caring yet, straight talking; having exacting standards yet, also able to reach those on the “edges”; passionately ambitious for the girls and yet, always sympathetic for the late comer and those failing to meet deadlines!!

Sr Hilary’s death leaves an unimaginable loss in our lives and in the life of our school. However, her legacy will live on in the generations of pupils she has inspired to a faith-filled fullness of life and to a living and loving relationship with God. She will be remembered for her passionate teaching of Classical Studies, Latin, RE, French, History and English and for being a truly wonderful Form Tutor. Her memory will ever be alive in each pupil who does the Duke of Edinburgh Award, for it was Sr Hilary who had the vision to introduce this to our school. Her presence will be felt in the library that she established and in her statues of Socrates and Aristotle which will always look down upon us! Her genuine, empowering and wise words, especially in staff briefing, assemblies, retreats and Exposition of the Blessed Sacrament will ever echo in heart, mind and soul. She will be eternally thanked by the many pupils and staff she prepared for the Sacraments and brought to the Faith. We will recall her laughter and sense of fun in the pantomimes (most recently as a SPG Genie!) and April Fools’ Day jokes. Her powerful prayers as well as her telephone calls, visits and texts which have brought such comfort and support when we have needed it most, will live on in us and be an archive of her caring compassion and generous kindness. Sr Hilary has left an indelible and incredible mark of faith, hope and love on SPG and will be an eternally beautiful treasure of and to our school.

It is hard to believe that our irrepressible Sr Hilary has gone, as we all thought she would be proudly showing us her telegram from the Queen! However, we are so blessed that she has passed our way, on her way home to Heaven. She has bravely done her Purgatory in recent days and thank God, is in no more pain. I am certain that she is now joyfully catching up with Sr Helena, Sr Catherine and Sr Agnes; that she is already enjoying giving St Paul a hard time and could even be mobilising the angels to join in Aristophanes Frog Chorus! In the midst of our sadness, it is a consolation to know that Sr Hilary is with her Lord who is saying to her “well done good and faithful servant. Come and share your Master’s happiness”. We can also take courage knowing that we will ever have our own SPG Guardian Angel looking after us.

Eternal rest, give unto our dear Sr Hilary oh Lord, and let perpetual light shine upon her. May this wonderful woman rest in peace. Amen.

Please also pray for Sr Therese. She has shared a community, worked with and given great support to Sr Hilary for decades and will deeply mourn her loss. May Our Blessed Lady bring her and the Community at Vernon Rd consolation and strength.

We also pray for Pam, her sister and the nieces, nephew and great nieces for whom she was “Giddy Aunt”. May Mary who knows what is to grieve, hold and carry them.

In the concluding words of our school hymn, St Paul Great Teacher, may Sr Hilary, a real, fine, noble and inspirational teacher: “Be now and ever while, unending ages flow.”

Excellence Built on Faith and Tradition

I am extremely proud of our school and of our hard working and highly motivated staff and pupils.  As an 'old girl' of St Paul's myself, I feel extremely privileged to lead the school that gave me such an inspirational, fulfilling and excellent education.  I am, therefore, passionate in ensuring that all our pupils are likewise empowered and inspired by their educational experience.

St Paul's is a unique school, founded in 1908 by the Sisters of Charity of St Paul the Apostle for the education of Catholic girls and now, 110 years later, still retains the same sense of community... 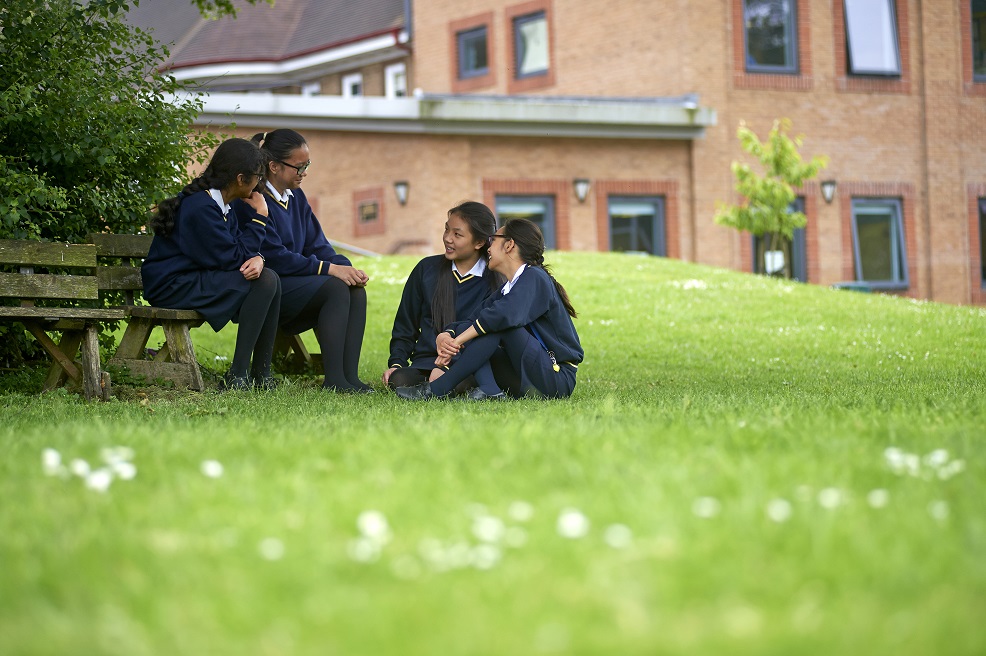