At the end of August 1939 we were called back to school where Sr Veronica, the headmistress, told us that those pupils whose parents wished, were to be evacuated within 24 hours to a secret destination, which turned out to be Hereford.  We were issued with gas masks and instructions to carry them with us wherever we went.  The welcoming Hereford householders took us into their homes and war was declared the following Sunday.  However, battle did not commence immediately so after the winter we returned to Vernon Road to a school with reinforced walls on the corridors and adhesive paper darkening the window as a protection from shattering glass. 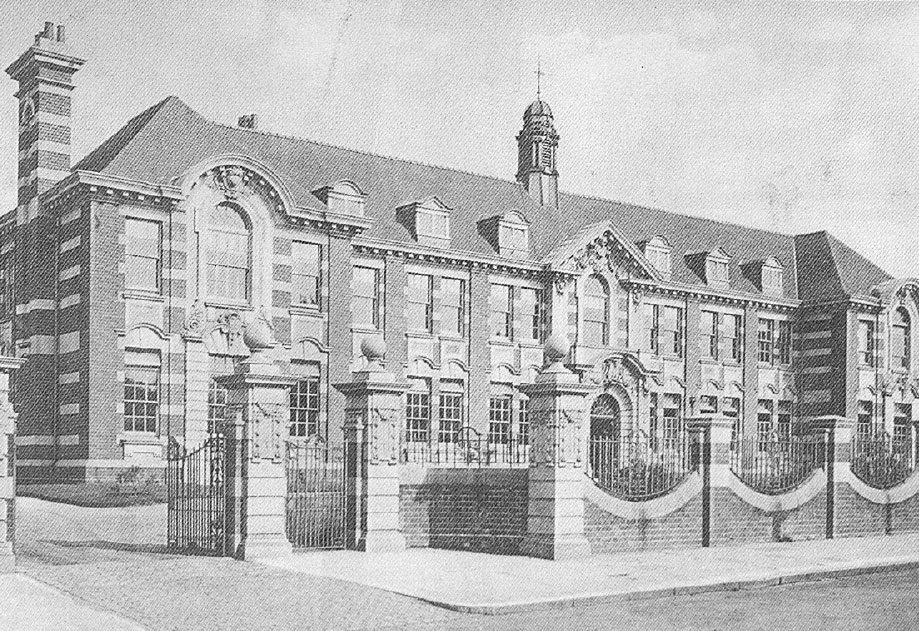 Soon the Battle of Britain began in earnest with lessons being interrupted by the air raid warning signal – not always unwelcome to those who had not done their homework.

“The real horror of war came home to me with the quiet sobbing of a friend in class who had heard that morning that her only brother had been killed in action.” said a pupil remembering those days.  She recalls: After a few months of picking our way to school through a bomb scarred city we were evacuated to Shropshire and there we stayed till 1942 when the tide of war changed and it was safe to return.  Back home a Girls’ Training Corps was formed and a handsome cadet officer gave us drill practice.  We helped gather in the harvest near Coventry, and as Sixth Formers we were allowed to fire watch at school.  Many a night I spent asleep on a bunk bed in what is now Miss Allan’s office after having made the required patrol of the premises checking that no doodle bugs or fire bombs had been dropped on the building – a very responsible job which yielded 10 shillings, now 50p, a night in payment.