On 17 December 2007, the Archbishop also blessed a second foundation stone in readiness for the new building which the school has been eagerly anticipating for many years.  This building will replace the 30 year old 'prefabs' which were erected as a result of a fire and also as a temporary solution to the expanding school population.  The popularity of the school was due to its continued success in preparing and educating young women to take their place in the world. 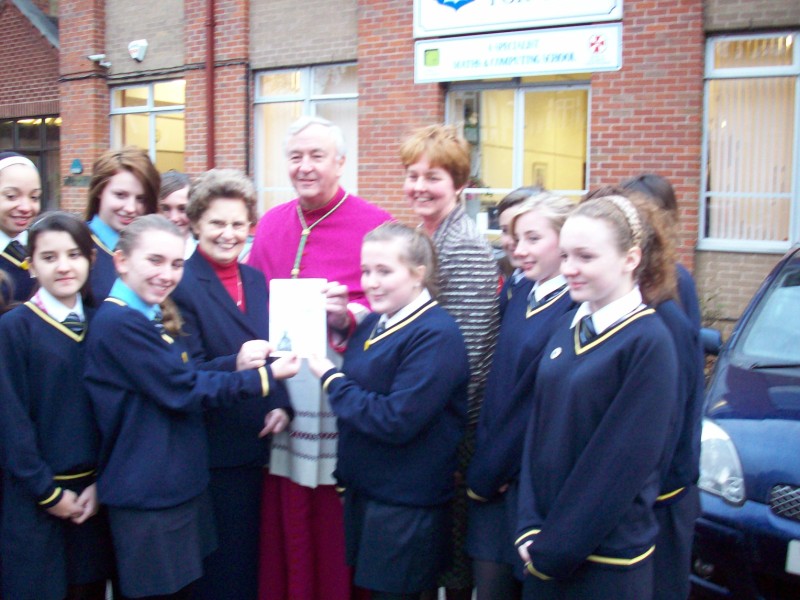 A service of blessing took place in the school chapel to give thanks for all the opportunities that the pupils and staff have been given as members of the school community.  It was also to express deep gratitude to the Sisters whose vision and dedication brought this school into existence and who continue to support it today, 100 years later.  The service was celebrated in the presence of representatives from the Sisters of Charity of St Paul, including Sister Therese Browne, a previous Headteacher and now the Generate of the order.  There were also governors, architects, builders, past and present members of staff, and pupils.  The newly formed Centenary Choir gave an uplifting performance of Love Divine.  After the service, the Archbishop met with members of the School Council and members of staff.