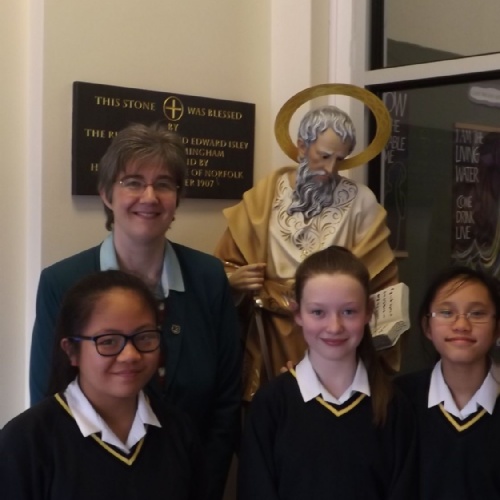 Every year the MFL department take part in the Foreign Language Spelling Bee Competition in which students have to spell as many words as they can in a minute in a Foreign Language. This year we took part in the Spanish competition and after the form and school competition, 3 students won a place to represent St Paul's School for Girls at the Regional Final; Limwelt 7A, Olivia  7S and Julianne  7T.

They were the last 52 students out of 6332 students that entered the competition initially. After a tense minute of Spanish Spelling, all girls made it to the top 8 for Spanish and Limwelt  in 7A won 3rd place overall in the West Midlands. Limwelt will be competing in the National Final in Cambridge in June 2017.