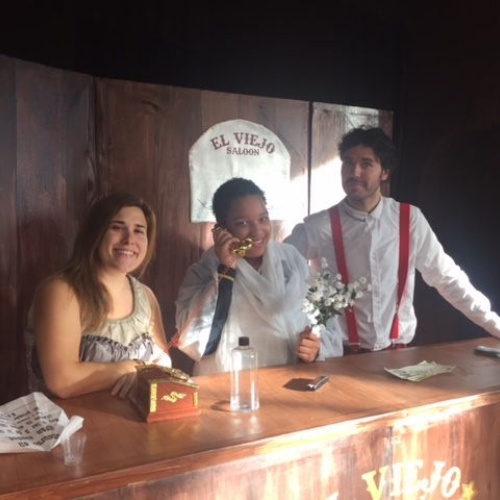 Last week was KS3's enrichment day focusing on MFL. The Onatti Theatre came in with their comic play "El Viejo Saloon" and some of the girls took on roles in the play ad-libbing in Spanish! Year 7 had a Spanish themed day designing Spanish Christmas cards as well as taking part in a music workshop on South American and Spanish culture with Fredy. Year 8 went on a French theme instead, with a French breakfast and designing a French Christmas card.