In March our GCSE Geographers went on a field trip to Iceland to study the physical landscape and human impacts in Iceland's unique environment. Over the course of their trip they explored the benefits and hazards of living in a glacial and volcanically active landscape.

Their first stop was the Blue Lagoon geothermal spa in the lava field near Grindavik. They got to explore and experience this man-made environment the by-product of the nearby geothermal power station and now a major tourist destination. In a slightly unexpected turn their second day was spent in an alternative activity day at the visitor centre as hurricane force winds had closed some roads. Although not what was planned it gave the girls an insight into some of the difficulties of living in such an environment.

On Saturday the SPG Geographers took on Skogafoss, one of the tallest waterfalls in Iceland; this waterfall is one of several that show the impact of coastal uplift from volcanic activity. The girls took on the steep stairs to climb to the viewing platform at the top of the waterfall which reaches some 60 meters high!

At Reynisfjara black beach the girls looked at more geological formations; the black sand at the beach is due to volcanic minerals and lava fragments that have been ground up at the coastline. They also got to see the basalt sea stacks at the beach, the same rock type that forms the Giant's Causeway in Ireland, the legend of these basalt stacks is that trolls once tried to take a ship from the ocean but were turned to stone in the morning light. From there our Geographers went to see the glaciers near Vik and explored some of the erosion features the such large glaciers cause including a secret waterfall!

A huge thank you to the staff for putting together such a brilliant experience for the girls, and for working so hard on all the planning and preparation, it was a fantastic trip! 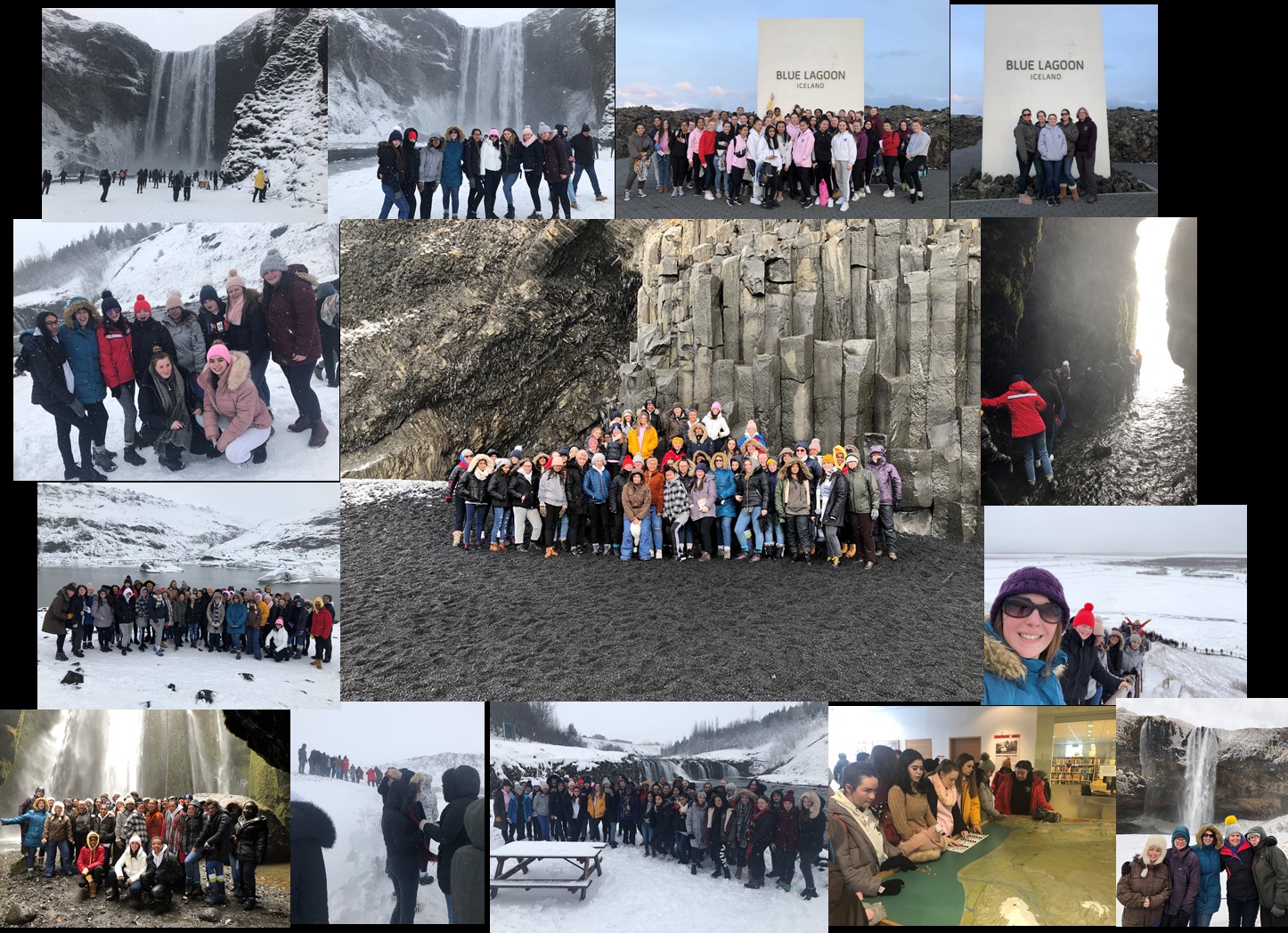